The Stampede City Chorus is an acappella chorus singing barbershop four-part style music. The chorus was formed in 1955 and has been singing in and around the Calgary area since. We are a chapter in the Barbershop Harmony Society, an international organizations with 30,000 singers across North America.

The Stampede City Chorus has had an exciting history over the last 50+ years. The chorus has been the Top Chorus in Evergreen District (Western Canada & NW USA) four times, hosted an International Convention for the society in 1993 that brought 11,000 singers to Calgary, and has hosted the Evergreen District Convention several times including in 2005 in the newly renovated Jubilee Auditorium to celebrate the Alberta Centennial.

Our chorus, just like our singing and the barbershop society, is evolving over time. The classic image of a barbershop quartet, singing an old gem by a lamp post, is no longer an accurate image of barbershop singing. Have a look at the 2005 International Quartet Champs from Vancouver, Realtime, or at the choruses and quartets featured on the society website. The image instead, is an organization dedicated to excellence in singing and making a heartfelt connection with the audience through our music.

The repertoire of the chorus constantly evolves so that with new music we can learn new singing techniques. The number of new songs learned in a year may be less than for other choirs, but since each song is memorized and polished to get the most meaning possible out of the music, it takes longer to fully learn each song. The musical leadership understands that people learn in different ways so a variety of techniques are used to help learn the music during rehearsals and by providing learning CDs to listen to between rehearsals. There is a wide variety of music so that songs will resonate with each member of the chorus and with the audiences we perform for.

If you have not checked out barbershop singing recently, it’s time for you to have a listen. Stop in at our weekly rehearsals or come to our next show. We would love to share our music with you! 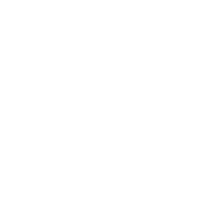